So blogging… that’s a thing I’m not particularly good at.  But this our band website, and there are a few things I feel like sharing (that probably everyone who looks at this already knows, but just in case!)

1. Stephen and I just got engaged!  Wheee! 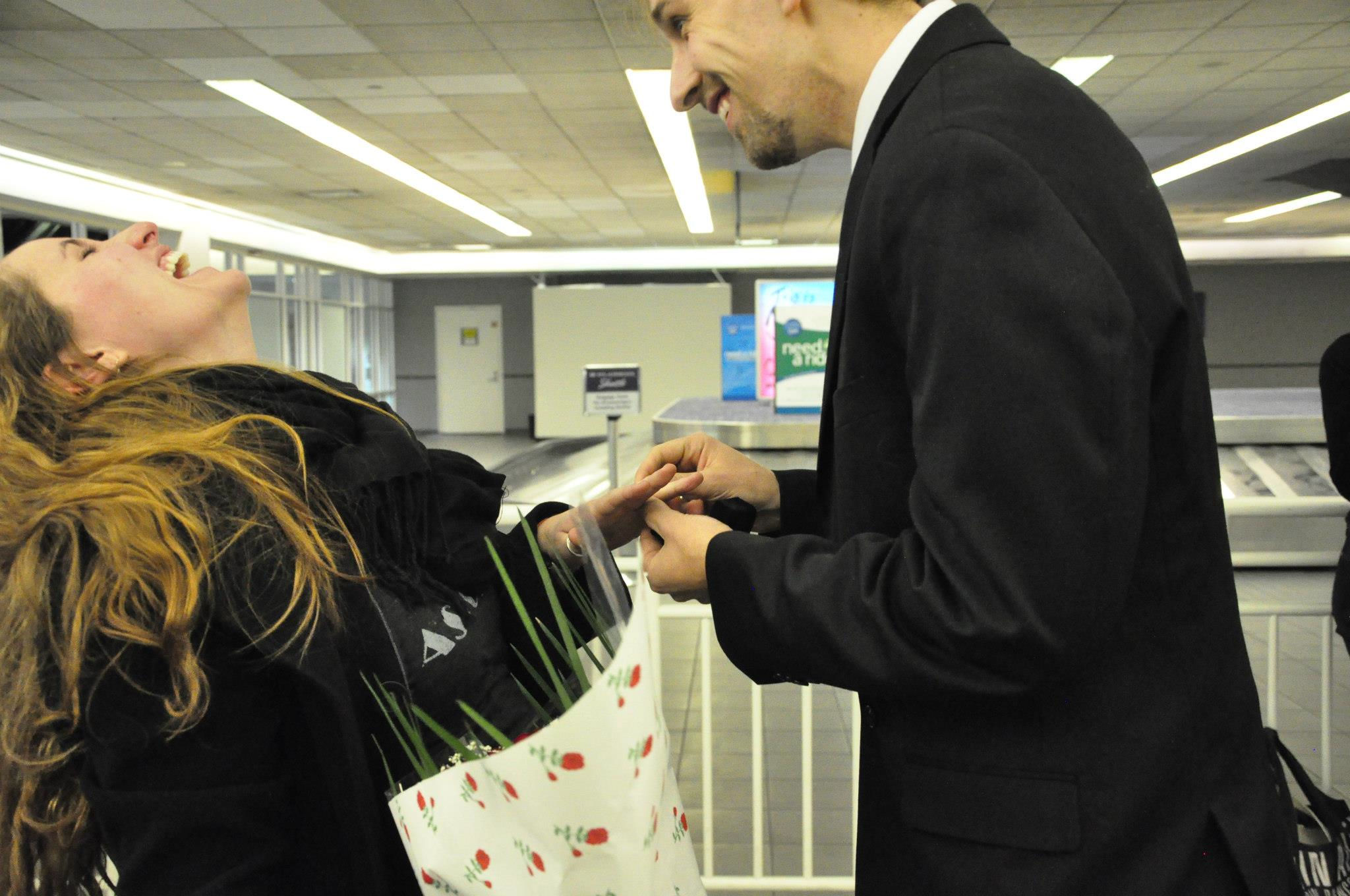 2. We’re moving across the country starting June 28th.  We’ll be stopping through Chicago, Minneapolis, and a few other towns along the way.  And we’re fixing to arrange some house concerts, so if you have any suggestions, we are open and eager!  We will however be driving a 17′ uhaul, and only have 9 days to do the drive, so we may not be going super far from our planned route, but hey, who knows.  🙂

3. We just finally decided to be “done” taking our notes on the initial mix, and have sent it off to our Mix Master Bill who will start working on it I believe next week.  Um, it’s a little silly how long it took us to just agree that most of the things are fine and we don’t have to have a note for every second of the tracks.  We trust Bill and we can’t wait to hear what magic he works on it!

After two weeks off, basking in engaged bliss, I head back on the road on Monday with Alvin Ailey and am gone for a month.  Exciting!  And a little sad to be gone so long when I feel like I have so little time left in NY.  But mostly exciting!  And Stephen’s going to join me in LA for some Disneyland for his birthday!  Which I’m pleased as punch by.  So PJ&J is on a little bit of a hiatus, but we did manage to procure a new ukulele (to replace the tragic loss of Penny) so you best believe I’ll be practicing on the road.

SHANNON O'BENT (SONGWRITER, UKULELE, VOCALS) is a native Californian infamous among friends for speaking her own language compiled mostly of muppet noises and many made up words. (They'll catch on one day!) She grew up singing in the shower a lot, as well as in church choir and in community theater. When she auditioned for a cappella groups in college and didn't make the cut, she started her own and was the president/musical director of the Mixtapes at NYU for 4 years. After that, she took a bit of a break from music, and is thrilled to have found a companion who makes her sing a lot more than even she thought she wanted to. She is a proud NYC resident, having lived there for the past 10 years. Shannon works as a stage manager for various theater companies, primarily Alvin Ailey American Dance Theater. Making music is the gravy, the icing on the cake, the spice of life, and PepperJill & Jack has been a truly life-altering exercise. She is excited to see where it goes, and hopes you enjoy the ride too!